Rocking Horse Studio is an award-winning audio recording facility nestled into the hills of central New Hampshire's Suncook River Valley. It is the home of producers/engineers/musicians Brian Coombes and Josh Kimball.

Since our grand opening in 2008, Rocking Horse has become the recording destination for acts from all over the world, with artists travelling from Europe and various parts of the United States to enjoy the studio's relaxing and creative atmosphere. We have worked with major label, regional, and local recording acts, and we have built a close-knit community of musicians who all work together on each other's recordings. The musical genres of the artists with whom we have worked are diverse; ranging from rock, pop, ska, and hip hop to folk, Americana, and music for children.

The studio was designed by renowned studio designer Michael Blackmer and built from the ground up by Brian Coombes and David Pierog.

The large Live Room (28' x 26' with 20' cathedral ceilings) is ideal from tracking drums, horns, strings, choral groups, and piano, and has been called "the best drum room in New England."

Our Editing Loft/Control Room B (22' x 14' x 8') doubles as a second isolation room, and is perfect for programming, editing, and songwriting. 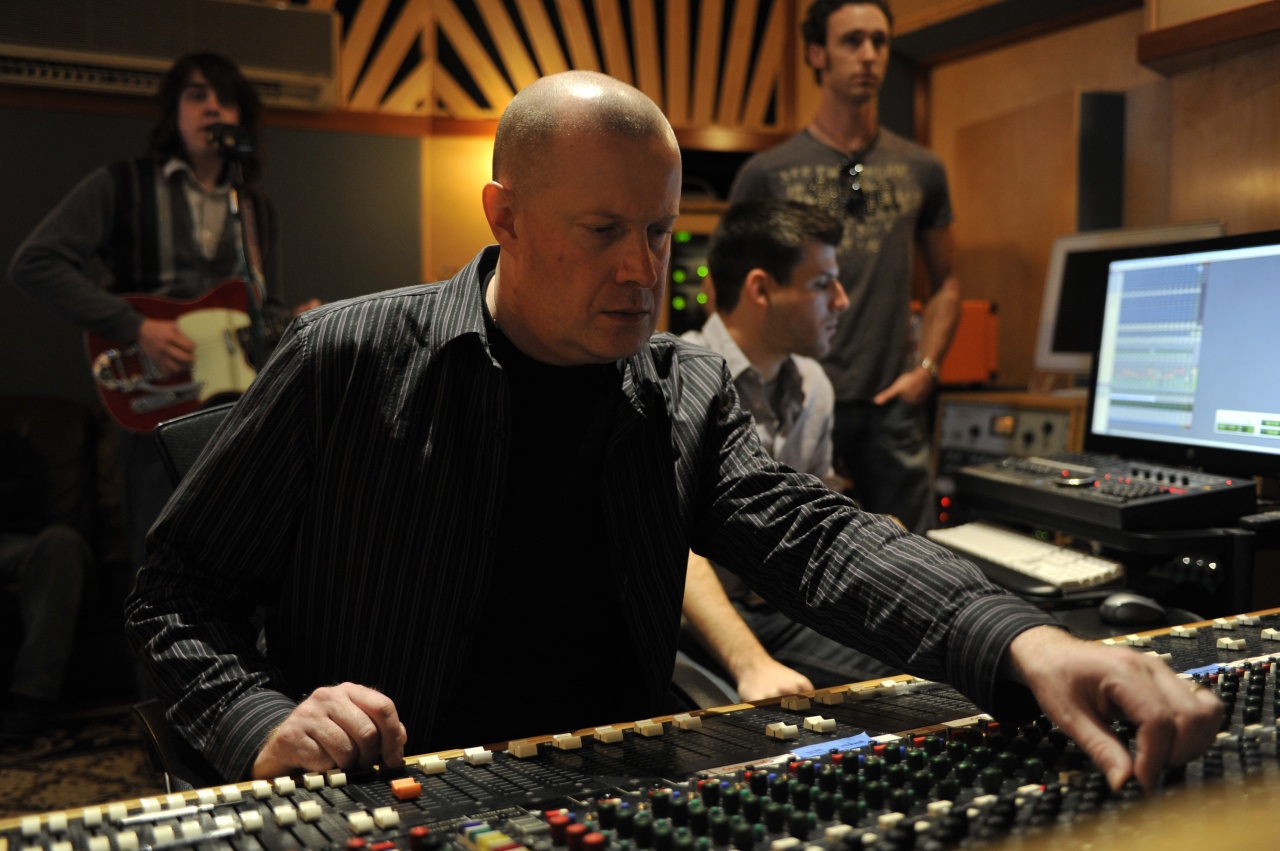 Brian Coombes is an award-winning producer, engineer, musician, and songwriter who works with performers in a variety of musical genres, but tends to focus on singer/songwriter projects, modern folk, alt-country/Americana, and indie-pop/rock. With influences ranging from Americana to progressive rock, Brian combines his love of interesting instrumentation, quirky keyboards, melodic hooks, and lush vocal harmonies with an extensive technical knowledge of the recording process to create releases that are both artistically and sonically rewarding. Please visit the Discography page for a listed of projects Brian has produced.

Brian has been a touring and recording musician and songwriter since the 1980's. He was a founding member of Tristan Park, a progressive rock band that was signed to the British record label, GFT Ltd. The band recorded four albums and toured extensively in Europe and North America before going into hiatus in 1998.

Following his time with Tristan Park, Brian wrote, recorded, and mixed a collection of songs with his wife, Michelle, and a group of musicians that included future Rocking Horse Studio partner, David Pierog. The resulting album, Waking in the Blue's "Isn't It Pretty to Think So?," was released by Griffin Music in 2003. The disc featured guest appearances by Squeeze vocalist Chris Difford and King Crimson multi-instrumentalist Ian McDonald.

In 2014, Brian was nominated for a "Producer of the Year" award at the New England Music Awards, received two Emmy Award nominations for his work with WMUR-TV Channel 9 in Manchester, NH, and received a "Best Producer" award from the Best of NH Awards. He received the "Producer of the Year" award from the New England Music Awards in 2015.